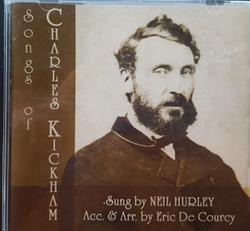 Charles J. Kickham (1828 - 1882) was born in Mullinahone, Co. Tipperary. He was an Irish revolutionary, novelist, poet, journalist and one of the most prominent members of the Irish Republican Brotherhood also known as the Fenians. His novels describe Irish life at the time, but his lasting legacy is to be found in his poetry. many of his poems have become well known ballads, a selection of which are included in this CD.